Andy and Tasha in the Morning

People always assume that working in radio is awesome and they would be right. Andy and Tasha know this and try to bring the listeners along for the ride. What other job allows you to sing off key, talk with your mouth full, and have fun debates all in the same day? 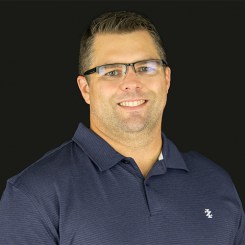 I grew up in Beresford, went to college at Black Hills State, SDSU, then Black Hills State again (yes, I graduated after 7 years). Worked previously in Rapid City and Denver before moving back home in 2004 to go back to school to finish my teaching degree because I thought I was done with radio. The next thing I know I'm working at Hot 104.7 and have been there ever since. Luckily, Crystal let me marry her in 2007, we had Jackie in 2008 and Rockley in 2011, and Esia in 2013. I do nothing, play my PS3, shoot guns, hunt, and play golf (in order of which I do best). 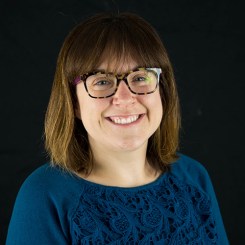 712 in the house! I grew up in Iowa, just south of Sioux City. I went to High School at SB-L, Sergeant Bluff-Luton for those of you who aren't in the know. I went to college at Morningside College. As far as music goes, I really do like a little bit of everything, but my most favorite is cheesy pop, especially of the boy band variety. I was broken hearted when Justin Timberlake got married and then devastated when the same happened to Nick Carter. However, I’m still holding out for Jonathan Taylor Thomas. My other favorite things include chocolate, tap dancing, brunch, Harry Potter, napping, collecting useless pop culture knowledge, not wearing pants, and giving Andy a hard time on the radio!